India is now one of the biggest markets for video streaming platforms in the world, and perhaps the biggest reason behind that is the fact that high-speed data has become incredibly cheap over the past few years. As a matter of fact, according to experts, data charges in India is now among the cheapest in the world, and that makes it possible for more and more people to watch shows and movies on the most popular video streaming platforms. Globally dominant streaming services like Amazon Prime and Netflix have already become household names in the country, while Hotstar has also become one of the most popular platforms for sports, TV series, and movies.

For the past few years, it was thought that the fight over eyeballs, market share, and customer loyalty would take place between these three players. However, it has now emerged that homegrown MX Player, owned by Times Internet, is currently the video streaming platform that commands the maximum loyalty from customers in India. According to a study into the video streaming platforms in India conducted by Unomer, it was found that as many as 30% of subscribers had a subscription to as many as three or more services.

However, MX Player proved to be the only platform in India, which had the highest percentage of user who used that platform exclusively. The total figure ran into 21% of all individuals who are subscribed to video on demand platforms in India. In the same token, the rivals fared much worse. Netflix and Hotstar both recorded 14%, while Amazon recorded 15%. In this regard, it needs to be said that MX Player must be doing something right to have such a loyal user base and one of the reasons could be that the platform catered to a wider variety of content on local Indian languages. However, the survey also demonstrated that on-demand platforms are only going to grow at a breathtaking pace in the years to come and hopefully, much more consolidation is about to take place in the years to come. 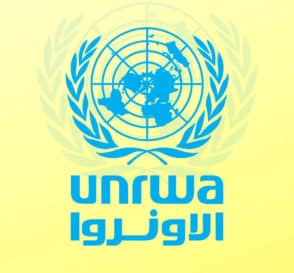 UNRWA, the UN agency for Palestinian refugees, has revealed that it is facing the worst financial crisis in its history. In-charge officer, Christine Saunders revealed the details at the press conference held at the Dead Sea, Jordan. He revealed that …
Robert Brinson|November 26, 2019|