The Trudeau Government is assessing the potential of its mining sector for the future of the state’s economy. In that context, the Department of Mining and Natural Resource of Canada is planning to appoint a British firm, Roskill Consulting Group, to analyze and forecasts the state of global supply and demand for the upcoming decade. The firm will be entrusted to look after the role that the Canadian mining industry can play in supplying crucial minerals and metals to various countries, including the United States and the European Union.

The minerals and metals include cobalt, tellurium, gallium, graphite, lithium, and other rare-earth elements that are used in products like solar cells, permanent magnets, and rechargeable batteries. These metals are considered to be the backbone of the new economy. Earlier, in June 2018, Canadian Prime Minister Justin Trudeau and U.S. President Donald Trump had taken a commitment to ensure a steady and secure supply of these critical minerals to curb down the Chinese dominance in the field.

Both countries have agreed to work on this joint venture to ensure reliable access to these minerals in the future. Besides, a report by the U.S. commerce secretary stated that the nation is relying heavily on foreign sources of critical minerals, which may be a reason for “strategic vulnerabilities to both our economy and military” in the future. It also recommended some ways to address the issue and the prominent of that was allying with Canada for securing critical minerals through investment and trade.

As per a brief note to The Canadian Press by Public Safety Canada, 35 mineral commodities which were identified critical to the U.S., Canada has the potential to be a major exporter 13. Two of those 13 are Cesium and Rubidium. While Cesium is used as drilling fluids in the oil industry and atomic clocks, Rubidium is utilized in making photocells and electronic tubes. Notably, the cooperation regarding the critical minerals will open up a new window of investment in Canada and will spur job creation and economic growth in various sectors.

The press notes also urged that these crucial metals are necessary ingredients in defense technologies and consumer electronics, including smartphones and IoT. On top of that, these are a key component for the green-economy innovations, for which the whole world is thriving, such as electric-vehicle batteries, renewable energy production, and storage devices.

Regarding the Chinese dominance as the leading supplier of these rare-earth elements, Pierre Gratton, president of the Mining Association of Canada, said, “basically China has a stranglehold on many of the key minerals and metals that you need for things like electrification and batteries and so on.” The new agreement has the potential to creates a scenario where Canada can produce those elements and be a long term supplier for the US, says Gratton. However, he went on to add that the U.S. needs to assure or guarantee to buy specific amounts of particular minerals at fixed prices.

Sustainable development is the need of the hour, and these rare earth metals are playing a pivotal role in the transition to a low-carbon economy. As per reports, the contract that might be given to London-based Roskill Consulting Group costs $148,500. 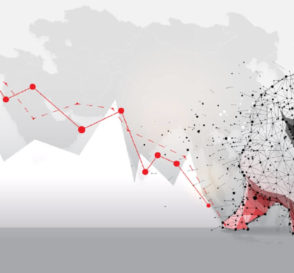 The growing footprint of the deadly Corona Virus has started affecting markets, especially in Asia. As per the official sources, almost 80 people have been killed, and the Coronavirus has infected 2700 more in China. Concerns have also been made …
Margaret Johnson|January 27, 2020|