Little progress has been noticed between the two largest economies U.S and China over the trade deal, during their high-level trade talks in Beijing. Although the Chinese and American trade team has remained different in the most important issue over the structural reform demand. The key issue which is observed by Washington and is crucial in order to end the trade war by agreeing over a deal.

There is still more work to be done apart from the structural reform before U.S President Trump and Chinese President Xi moves ahead sealing a deal and the meeting is yet to be scheduled between two countries, reports according to people close to discussions.

There are several concerns and doubts on what China is putting on the table, a source informed to South China Morning Post. During the trade talks, China is using the same types of offers such as ‘broken record,’ the person reporting it said that it is a bad record, and no one is interested in listening to it from the US side. Beijing is only offering superficial and non-effective plans.

The crucial issues related to the US, like the industries government subsidies, is not discussed, a person reported and compared the high-level negotiation talks in Beijing to “pulling teeth.”

Behind the closed-door meeting, both the team has failed to narrow down the gap over the structural reform demand to China’s economy which the U.S has been requesting. Meanwhile, both delegators are trying to avoid a hike in tariffs after March 1, report as per three U.S and Chinese authorities who asked not to be named because of the talks which are private.

The U.S has not offered any relaxation over the demands of China for amending the government subsidies for state-owned enterprises and to enhance corporate governance. It is the key delicate problem which has not been taken by the Chinese counterpart. China is running away on these issues, and they have handled it with frustration, a source informed.

Both the counterparts are discussing over the possibility of removing the 10 percent tariffs which Washington had imposed on the Chinese goods of worth US$200 billion, two other sources stated.

In exchange to this, Beijing might make structural changes which will help to secure the intellectual property of foreign companies that are making business in China, further giving permission to access to the Chinese markets and will reduce massive state subsidies.

The obstacles are raising the question on whether the negotiators will meet the Trump’s demand for delaying the trade war deadline of March 1, which will double the tariff rate over the $200 billion Chinese products from 10 percent to 25 percent. On Tuesday, he mentioned that he is open to doing so if the two countries are not close enough to agree to a deal that will address the key structural changes over China’s economic and trade policies.

The United States has stressed that China does not hold a good track record when implementing its commitments and they are doubtful to trust. Beijing has widened its negotiations, close aid to the US government mentioned.

The US delegators have continuously said that any deal on the structural reform should be monitored and confirmed. Following a strict verification mechanism, if China lacks back on its promise of delivering as per the agreed terms, then the US will instantly raise the tariffs over the Chinese goods.

People backing China’s position said that they are concerned if the US uses verification mechanism to make additional demands with regards to the technology front, which is the main reason for the increase in the rivalry within the two countries.

Hope for reaching out a deal over the trade war is increasing high for Trump and Xi to come for face to face talks in the months to come.

On Wednesday, through Bloomberg source reported that US president is considering extending the deadline date by 60 days of trade war truce. While reporting on it Larry Kudlow, the White House’s National Economic Council Director mentioned that there had been no decision taken over extending the expiration date of trade war truce after March 1. She has already in talks with the team in China, they are covering over all the issues, and they are difficult at it. They will be meeting President Xi, and that is a great sign. This is a good move, and I may not be able to provide the details about it. 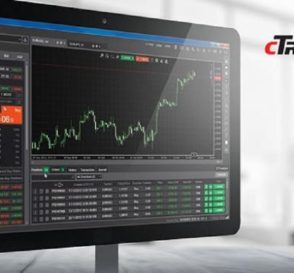