Investor optimism on the trade talks between China and the US along with hopes of more policy incentives by central banks enabled the Asian share markets to bounce on Monday. The Nasdaq and the Dow also were on a high for eight weeks in a row as the odds of resolving the trade war between the two countries increased after Donald Trump, the US president saying that there may be an extension of March 1 deadline for a deal. Both countries said that there was progress in talks that were held in Beijing last week. The CBA analysts in a statement said ‘That does not rule out a setback or two between now and the start of March. Even so, we will think that both sides have good reasons to get into an agreement. Moreover, so motivated, it makes an agreement more likely than not’. The interest rate cuts will be known on Wednesday when the Federal Reserve releases its minutes of the meeting on policies.

After recovering from Friday’s fall, The MSCI’s broadest Index of Asia-Pacific shares increased by 0.9%. Nikkei rose to its highest of the current year and rose by 1.8%, and the Shanghai blue chips recovered 2.1%.

The European bourses will get a firm opening as per Spreadbetters, and the S&P 500 of the E-Mini futures was steady in the markets due to a US holiday.

In the currency market, the Euro slightly increased by 0.2% on Monday and ended at $1.1312 and was within the range of $1.1212/1.1570 that it has held since the last-quarter of 2018. The Sterling also held firm at $1.2913 even as the negotiations on the Brexit deal between European Commission President Jan-Claude Juncker and UK PM Theresa May is expected to happen this week.

Due to the sanctions by the United States on Venezuela and Iran and also cut in production and supply by OPEC, the prices of oil was at its highest for this year. The Brent rose by 5 cents and was at $66.30 for a barrel, and the US crude was 25 cents higher and was priced $55.84 for a barrel. 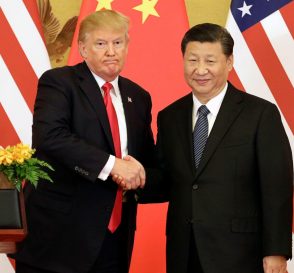 Trade war talks between U.S and China will begin once again in Washington, and the main objective of the talk is to discuss about the impact that is being caused by tariff hike and end the tariff war. The talks …
Robert Brinson|February 19, 2019|